This is a study in free flow writing. It may not make sense when it’s finished. Oh well.

Keena stood slowly. She shook the cold mud off of herself and tried to wipe her face clean.  not far from her, she could see another of the flaming creatures swooping through the air, but it was too busy dangling a child by the leg to notice her. Waving the child, it taunted the boy’s shrieking mother before dashing his skull against the nearest building. Then it  lifted the lifeless body so that the blood to poured from the ruined skull and all over its horrific face.

Shuddering in horror, she forced her stomach down, refusing to be sick. The demon grabbed the wailing mother, and Keen purposefully turned her back. Screams sounded all around her as people died, but she ignored it all.  she needed to focus. Her spine straight, she strode with purpose, searching for Querin, the one person amongst the terrified rabble who might know what to do.

She found him standing like a rock amidst a stormy sea, his arms raised towards the churning sky. She instinctively came to a halt. A great energy swirled all round him until the very air crackled with electricity.  As he had in the clearing, he seemed to grow taller and larger, swelling with some dark power. When he spoke, his voice echoed through the far reaches of the decimated village, thundering over the pounding of the rain. His words were thick and twisted, that strange language her aunt had used to create this havoc.

The demons screamed, until their cries were in unison. They moved as one, circling around Querin, hissing and snarling but not daring to draw too close, their faces twisted in anger. One swooped low in front of him, a sneer on its face. “You try to banish us,” it hissed. “Would you really be so cruel to your own brother.”

Surprise showed on Querrin’s  face, but he didn’t stop his chant.

“Oh yes, your brother,” the demon laughed. “I took his body and now I hold his very mind within my grasp. Would you banish your own flesh from this world, mortal?”

A voice sounded inside her head, loud and clear as if spoken aloud. It was Querin’s voice commanding her to come to him, to join him in the fight against the demonic beings.  Her only answer was to stare at him in wonder. what help could she possibly offer? The voice came  again, louder and more commanding.  Still unsure what good it would do, she hurried to him, her eyes questioning the reality of his call.

Without looking at her, he caught her hand in his. His skin felt hot to the touch and, as his fingers closed around hers,  she felt the power that was surrounding him flow into her.

He continued his chant and soon she heard her own voice repeating the harsh words, though she didn’t know their meaning or how they came to be in her mind.  Their voices intertwined around one another until she could no long distinguish her tones from those of the man beside her.

The demon’s screams grew louder,  and they dropped to earth, their feet sinking in the sucking mud as they howled, their faming hands over their ears, trying to block out the chanted words. The one claiming to be his brother fell to its knees and was quickly followed by he other two, all three now kneeling and clutching at their heads, the writhing flames growing dimmer as the chant grew louder.

The ground trembled beneath their feet and they swayed. One of the demons dropped to the ground and landed on all fours, and then the other two fell.  The trembling became violent shaking, and the demons sunk deeper and deeper into the mud, slowly disappearing in the thickening slop.

Eseldra was suddenly in their midst, crying out in anger as she watched all she’d worked for ruined. Her long red hair fell around her, tangled and filthy. Her naked form was smeared in blood and mud. Even her face was streaked with black ashes.

“Be gone foul  demons!” Querin cried, dropping his raised hand suddenly. The air rippled with his movement and, with a final howl, the demons disappeared in the churning mud, leaving only a scared landscape as proof they’d ever been present.

“And now for you!” Querin stared at Eseldra, his eyes hard. “Your judgment has come, witch. As ye have done so shall be done unto you!”

The chant changed and Keena suddenly stopped speaking, her eyes wide. She staggered as a great force slammed into her, and then she sagged, dropping towards the mud as darkness closed in around her. 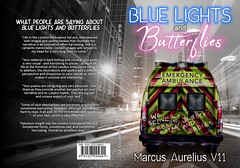 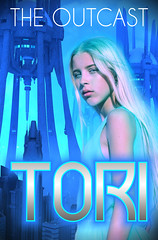 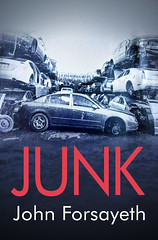 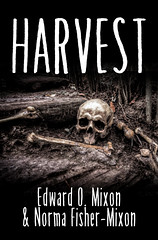