Blogophilia is the fun blog group where participants post a weekly blog using prompts. This week’s prompts are:

Hm. I’m supposed to be writing Claudius, but there is no way I can work the world wide web into his story. Just not happening. I don’t really think I can work Brussels in, either. So, I guess I will concede defeat and bore you with some photos and write Claudius separately because I need to get to it. I also have a pile of emails I need to get to, including some beta editing for someone. :p
Spring is pretty much here, but I just finally got the last of my February photos edited and updated to flickr where anyone can see them via the world wide web. Pretty cool, huh? Another interesting thing is they are all Creative Commons, too, so anyone can use them for stuff, for free, no matter where they live. Even if they’re in Brussels! Though, I admit, I don’t have as many photos as I’d like and , in fact, am kind of running out of stuff around here to photograph. I need to embrace my traveling man side and go somewhere new!

Looking off of Sunset Bridge

I hope these aren’t county signs… talk about budget cuts! 😉

I don’t know who owns this house. It was just cheerful.

And since this is so random, I don’t think we need any Random Things… All I have are book covers, anyway!

Now that the Terrible Turtle Conspiracy has it’s own website, I’ll no longer post the whole comic here in one long blog. Instead, each week I will post a link to the newest page, like I’ve been doing on Myspace.

What is the TTTC? It’s a webcomic written by Jonathan Harvey and illustrated by me. we add a page every week, so be on the lookout. Why not visit http://TerribleTurtles.com and subscribe?

A little late today because the computer was down all day and most of the night cloning the hard drive. But, it is back up and all my data is safely on the brand new hard drive! Yay!

anyway, for full sized turtley-fun click the image above!

and don’t forget on Tuesdays: 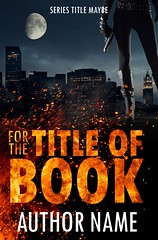 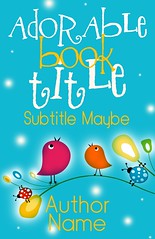 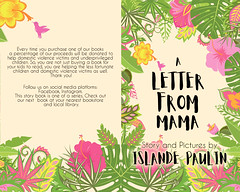