I’ve been taking a photo a day since December 9th and uploading it to facebook – then I ran into a cool blog where they take a photo a day and post the photos in a weekly blog. So I thought, hey, I should steal that idea (before they pass a law to make that illegal too!).

I’m behind again. It’s so sad to see how behind I get!

Most of these photos were taken with my cell phone, using the Retro Camera app. A few were edited with Color Touch.

This is book week, soooo, photos of books. How fun! :p

April 1 – Baaaad shape! These were my Dad’s long ago. He’s not the one who beat them up like that, though. 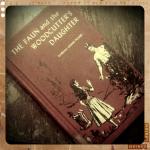 April 2 – My aunt Carol gave me this when I was a kid. Still love it 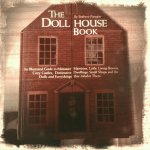 April 3 – I remember I spent weeks jonesing over this book before hubby bought it for me for Christmas :p

March 5 – am I the only one who remembers wearing t-shirts with long skirts? LOL! A good book, by the way. 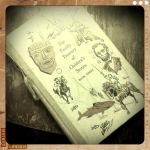 Song playing at the moment – Stranger – The Rasmus